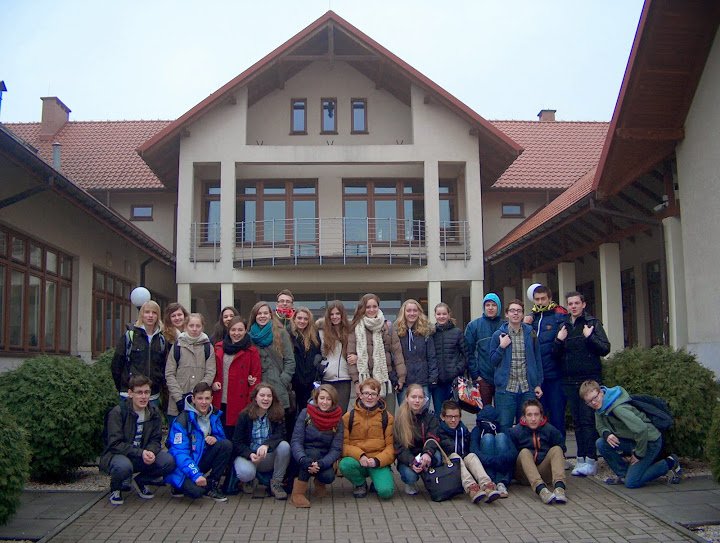 In November 2014 T3a went to Poland to live with Polish students on their campus in Piekary, Kraków. It definitely took us some time to get used to the campus life, and we had a workweek filled with Polish culture and new experiences.
Let’s start at the beginning. Monday afternoon, the class went to Eindhoven airport by bus. We flew to Poland and some of us even had their first impressions of an airport and plane. After we arrived at the airport in Poland, we had to travel even more. We went to the campus by bus, where three Polish students were waiting for us. The trip was long and exhausting but when we finally got there, everyone was excited to start the week.

On Tuesday, the class met the Polish exchange students. We played some games to get to know them, and after following some lessons, the bus was waiting in front of the school again and drove us to Wieliczka, where the famous UNESCO Salt Mine is located. In a three hour tour, we learned everything about the long history of the well-known mine. That evening, T3a ate their first dinner in Poland, which felt a bit strange, because in Poland, dinner is a bread meal. The evening program consisted of watching the movie Schindler’s List, a movie about the Second World War in Krakow. The film was definitely not a film you’d watch on a lazy Saturday evening, but it does show you the ugly truth about what happened in World War ll. The students all thought it was every impressive, but not that much fun to watch. We watched the second part of the movie the next day, after breakfast and some lessons in Polish and geography. The film was meant to be a preparation for what we’d see

Wednesday afternoon: a visit to ex-concentration and death camp Auschwitz. Many thought this trip would be one of the highlights of the workweek. Discovering what the Jews in World War ll had to go through was confronting, and sometimes hard to understand and accept. It definitely was something to think over again in a few months, and realize that this war can’t be forgotten.
That evening, some of the students went swimming in the pool that’s located on the property of the campus. After days of walking and cultural trips, it was relieving to relax a bit in a hot Jacuzzi or slide.

On Thursday, everyone went to Kraków, the major city close to Piekary. We visited the Kraków underground museum, a museum that was created to teach visitors about the history of the city. We also went to the famous St. Mary’s Church, and in a tour with a guide, we also saw the musician playing the trumpet in the highest tower. This is a ritual. Every hour, a melody is played on the trumpet, in four directions. The tour was very interesting. Kraków is a city with a rich history, many legends and a great variety of monuments and royalties. The tour guides were considered very nice by most of the participants. That evening, although everyone was very tired because of the walking tour, we danced. The Polska was great to learn for the Dutch students. The dancing is an important part of the Polish culture, and taking part in that ritual was very enjoyable.

Friday was already the last full day for the Dutch students in Poland. We started the day with some preparations for the mass, that would take place on Saturday afternoon. Singing songs, going through texts and collecting basic information about this service was for most T3a students an experience they’d never had before. Some were given a special task, like reading passages from the Bible or singing a Psalm during the mass service. After that, it was time to work out a bit, because there was a PE lesson on the schedule, taught by a Polish teacher. Everyone could choose if they’d like to play volleyball, basketball or football. Most students thought it was great to do something else besides walking and sight-seeing Piekary and surroundings. That afternoon, a second tour through Kraków was planned. This time through Kazimierz, the Jewish part of the city. We saw some synagogues and received a lot of information about the Jews through the entire history of the existence of the district of Kazimierz. After the tour, the students finally had some free time. Most of us decided to go shopping and visit the KFC or McDonalds. That night was the last time the Polish and the Dutch students would have together that week. We created a comic strip about their favorite day in Poland on t-shirts. We also exchanged souvenirs we bought in our cities, and we danced again. On the very last day, the mass took place. After some further preparations, the mass went well and many Dutch students thought it was interesting to also experience a church service in a different culture.

After this workweek of cultural activities, interacting with the local community and trying to integrate in the Polish way of living, T3a arrived home safely. We were tired, but we all agree we’ve had a good time in Poland. The next step: the return visit of the Polish in the Netherlands in the second half of this school year! 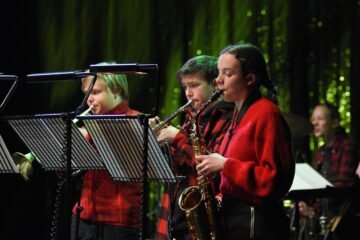 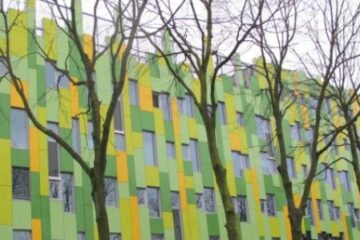 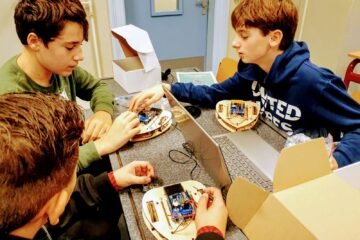